Please check out our limited run on Exalted Funeral: https://www.exaltedfuneral.com/products/a-grim-hack-pdf?_pos=1&_sid=0ae6400ef&_ss=r

A Grim Hack is a Hack System for grim settings, perilous adventures, and pseudo-historical feels that wears its influences on it's sleeve. Grim Hach provides streamlined rules system  based on old school Grim & Perilous Fantasy Games from the 80's and 90's. It provides the basic ruleset to get your gaming group started quickly and playing right away.

The rules are straightforward with no implied setting details requiring specific mythologies or cosmologies. You will find it simple enough to incorporate mechanics and ideas from other games into this ruleset.

The players take the role of common folk pulled into something much bigger than their everyday lives. This game is not about leveling up skills and abilities to become an unstoppable force. Few characters will be accomplished fighters and even those trained in combat will find that their lives are truly at risk in a fight. While using magic won’t suddenly cause you to sprout tentacles from your back or to go instantly mad, the supernatural forces are dangerous and invoking them can result in a mental trauma or even death. This is a game about common people fighting against the impossible.

While this is an homage to the original grim fantasy of the 80s and 90s Warhammer Fantasy Roleplay (WFRP), most of the inspiration for this game came from the following:

A Grim Hack is Set up under Attribution-ShareAlike 4.0 International (CC BY-SA 4.0).  Please take what I have here and hack it to bits, write adventures for it, or do what you like.

In order to download this TTRPG you must purchase it at or above the minimum price of $3 USD. You will get access to the following files:

Support this TTRPG at or above a special price point to receive something exclusive.

I recognize we are all in tough times. If you are interested in A Grim Hack but are going through a rough patch please help yourself to a community copy. Games won’t solve all the problems of the world but at least a new game can make your day better.

for the community at large:

I bought the game (which came yesterday from EF) and was somewhat surprised that there were no examples of "Monsters" (though there is a picture of a rat, on page 7.2), and no examples of Treasure (though XP are given for cursed artifact destruction, so they must play a part in the implied world [there is an implied world, whose tone you can sense by the occupations, spells, XP awards, etc.]).   Ghosts, Demons and Spirits are mentioned under the Summon Entity spell.  Can you please provide  three (or more) varied Monster stat blocks and descriptions as an example for us to use when crafting/designing our own monsters?  What information do you write down for monsters in your own game prep?  Can you elaborate on the cursed artifacts and the role they play in the game (and perhaps on treasure a well)?  Thank you for your anticipated reply.

Hi, thanks for the comment. So the goal of the book is to get players up and running quickly. All the rules are focused more on the players and what they can do; less on any particular setting. Though aspects or themes of settings are mentioned because AGH is meant to hack into any setting. That being said, I'm currently working to introduce things like NPCs, Monsters, and Weapons (artifacts) through mini-settings like what you might see with "Pound of Flesh" or "Visitors Guide to Rainy City".

I'll drop some updates this week to give folks some line of sight of what I'm working on.

Thank you for the quick response.  I look forward to seeing a mini-setting to get an idea of what creatures and their stats would look like in this game.  By the way, is AGH OGL?  I didn't see the OGL in the rulebook.

good call. I removed that page with 4.0 from the EF version to be safe. but it's still here for the itch version.

"A Grim Hack is Set up under Attribution-ShareAlike 4.0 International (CC BY-SA 4.0).  Please take what I have here and hack it to bits, write adventures for it, or do what you like."

In short, please; infringe, hack, steal, and trade with others. It's my genuine hope that folks who have wanted to write adventures/modules for big name d100 systems will find AGH a viable option to write their adventures with Ratfolk, Kaos, and overthrowing the fascist empires. Nobody owes me nothing and I just want to see more creators tell their stories in low fantasy, grimdark, grubby, and perilous settings! My only ask is that you do your best to be inclusive and intersectional so that anyone can tell their stories.

Thanks again!  When you finish your first mini-setting, it would be great if you would post a short note here, along with a link, so that we can get it as soon as it is available.

A question about the rules, you get 2 core actions and 1 supporting action per turn. Can both  core actions be used for Agency actions, e.g. to attack twice, or is one dedicated to an Agency action and one to a Position action?

Core actions can be used for a second attack or second movement. The intent is for the GM to measure that out but effectively a core action can be used for a second attack. It kind of plays out that way anyway because attacking someone usually prompts a reaction so you can technically force a target to use all their actions reacting to attacks. so the intention was for core actions to allow flexibility and supporting actions as a buffer.

Thanks, I can see that working quite well in that having the initiative means you can force defensive reactions, but you also have the risky option of defending at -20 with a counterattack if you succeed

Loving what im reading. Can't wait to try this out when my copy from EF gets here.

Any advice on designing enemies/npcs? even just a basic stat block to get the ball rolling would be super helpful.

Hey glad to hear it! and yes!

Part of the logic behind character creation came from my frustration with enemy combatants in DnD where bland prebuilt nobodies were pitted against heroes. In A Grim Hack making an NPC is as easy as... rolling up a character!

But here are some suggestions based on what have done:

Tweak for what feels right but the basic idea is that NPCs should be similar to the characters without bogging down the game with everyone having Grit used constantly.  In the system above I always start with that base of thirty because I can make up NPCs on the fly if I need to. Those that do well (and survive) in an encounter may grow along that progression if it seems appropriate and they stick around.

Another trick I like is to approximate Stress for NPCs.

At the start of an interaction roll a d10 + 9. If the NPC has a setback or gets hurt roll against that score. Failure means they want to extricate themselves from the situation. Critical failure may result in panic (your discretion).

I really haven't Codified these but, I am using these as a model for the mini-setting for A Grim Hack which will have a short Bestiary (because of course), and NPCs including agents for different factions.

I Hope this helps

This is perfect! thanks for the response.  Great tips.

Is there any information about what the system is like? Things like what dice you roll, etc, etc.

thanks for the question. Added some info

Straight forward d100/2d10 system where you roll under stat+skill and look at the degrees of success. 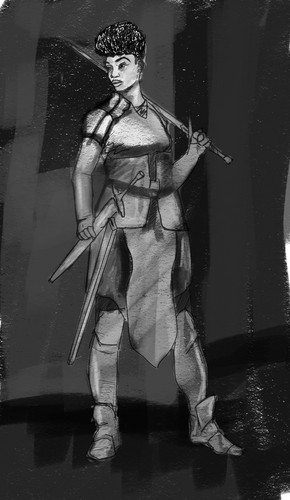 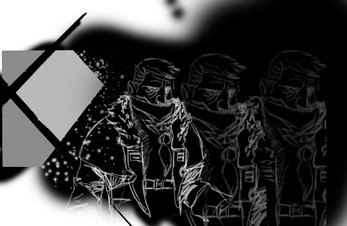 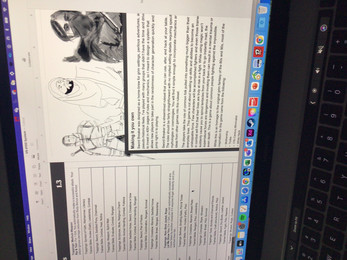